The time has come to once again hunt for more skyshards!  The new Elsweyr Zone has 18 total skyshards.  10 out in the open or above ground, 6 in delves, and 2 in public dungeons.  Remember the public dungeon ones may be a little more difficult for you to solo as it is considered group content, unless you have high Champion Points.

The achievement offers the following hints:

Here is a Map showing their locations. 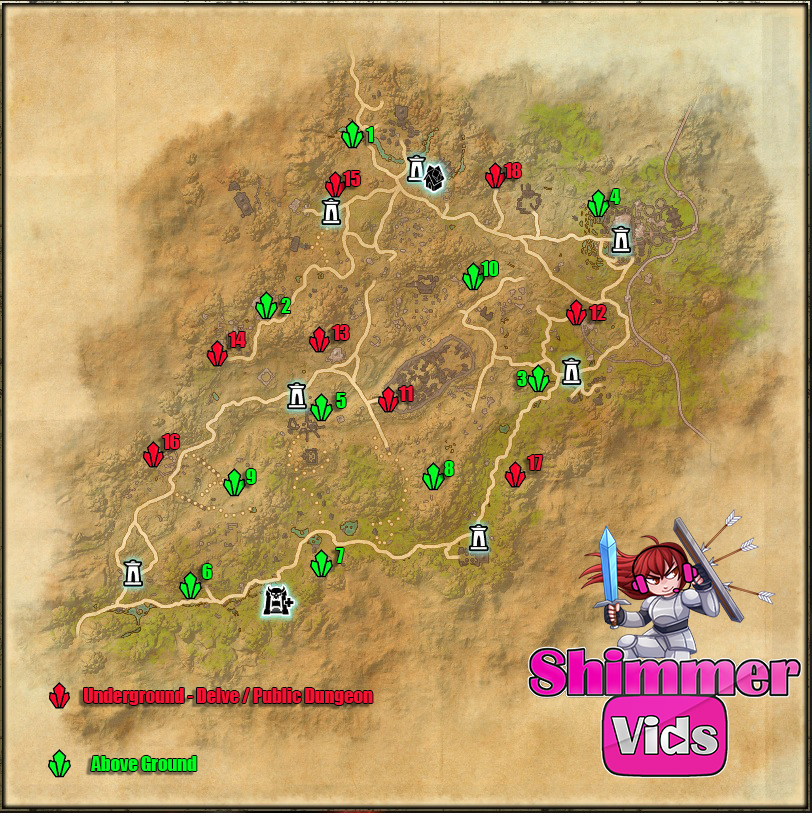 I have completed a video guide showing you the locations, and the most efficient way to get them.  It is linked below.  Enjoy and happy skyshard hunting!!

Are you a newer player wondering how combat mechanics work in ESO?  I have you covered in this new guide!  IT covers the basics like light and heavy attacking and what they do, and more advanced aspects like weaving and animation canceling!  Enjoy!

How to Get Your Free Nascent Indrik Mount – Indrik Evolution Guide!

Nascent Indrik Mount (left), Evolved Dawnwood Indrik (right). This year, Zenimax decided to spice things up and add a mount that you can earn in game for free, to get more people participating in the in-game events.  While earning the initial mount is a bit of a grind, it is when you decide to evolve it, or […]